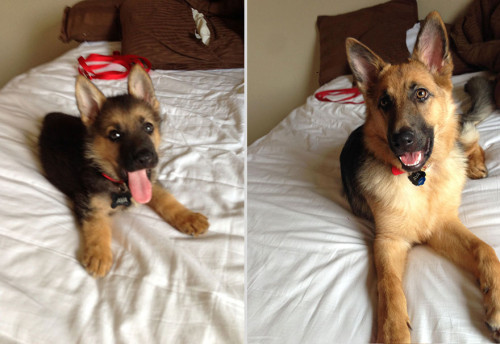 In these budget-strapped times, seniors are seen as freeloaders – when many are poor or exploited. They deserve better. In her remarkable book The Coming of Age, Simone de Beauvoir observed that fear of aging and death drives younger people to view their elders as a separate species, rather than as their own future selves: “Until the moment it is upon us,” she wrote, “old age is something that only affects other people. So it is understandable that society should prevent us from seeing our own kind, our fellow-men, when we look at the old.”

This disconnect has, no doubt, been helpful to those who favor cutting the so-called old age entitlements, social security and Medicare – which, these days, seems to include just about everyone in Washington. Now that the congressional supercommittee charged with reducing the federal deficit has gone down in flames, some are calling for a return to the plan proposed by Obama’s Simpson-Bowles deficit commission last year. Amidst all the bipartisan warring, one thing most of these committee members agree upon is that the budget will, in large part, be balanced on the backs of old people, through cuts to social security and Medicare. The only differences are over how these cuts should be made, and how large they should be

In the unlikely event that the rich are made to pay something toward deficit reduction, in the form of increased taxes, their contribution will pale in comparison to the share paid by elders in the form of reduced benefits. In part, that’s because the enemies of entitlements have succeeded in depicting these lifesaving government programs as the cause of our economic woes – a myth that has repeatedly been debunked, to little avail. By extension, they depict our current fiscal crisis as a standoff between the old and the young, rather than the rich and the poor. Former Senator Alan Simpson, handpicked by Obama to chair his deficit commission, was fond of talking about the perfidy of “fat cat geezers” who dared to oppose entitlement cuts at the expense of his – and everyone’s – grandchildren.

Simpson’s image of old people “who live in gated communities and drive their Lexus to the Perkins restaurant to get the AARP discount” seems to have gained traction as the dominant view of elders in this country. This belies the reality of the lives lived by millions of older Americans, for whom a comfortable retirement was never more than a distant dream. For them, old age means work or poverty – or, sometimes, both.

Recently, I attended the annual meeting in Boston of the Gerontological Society of America, a research and education organisation whose members study all aspects of aging. With 3,500 people in attendance, hundreds of sessions and a teeming exhibit hall, there was plenty of upbeat talk about the “encore years”. But there was also a body of research and discussion that presented a more rounded picture of old age in America – a place where “fat cat geezers” are far outnumbered by elders who, like Americans of all ages, are struggling to get by.

In one exhibit on “The Economics of Aging”, researchers from Wayne State University presented a study published earlier this year called “Invisible Poverty”, which found that one in three elders – including many living in middle-class suburbs – cannot fully cover their basic living expenses, including food, housing, transportation and medical care. It also found that certain shortcomings in the way federal poverty statistics are compiled meant that poverty among older people was more likely to be underestimated. “This widespread economic struggle faced by Michigan seniors is fairly hidden from public sight, making it an invisible poverty that takes its toll on older individuals, their families and caregivers and the community at large,” says the study.

Among the elderly poor are large and growing numbers of women. Consider the figures: over 40% of black and white women are over 65, and over a quarter of these women are poor. They are likely to be isolated and they, too, are invisible. Also below the public policy radar, according to another study presented at the conference, are lesbian, gay, bisexual and transgender elders – who are now counted at over 2 million, and are expected to double in number by 2030. These people are far less likely to have partners or caregivers of any sort, because society banned or discouraged them.

“The private pension system has largely collapsed and the current group of near retirees saw much of their home equity disappear with the collapse of the housing bubble. As a result, the situation of retirees is likely to be worse in the near future, especially after taking into account the growing burden of out-of-pocket healthcare expenses projected in the decades ahead.”

So it is the search for work, not cleaning one’s fingernails, or studying French to stave off dementia, that is now a major concern for many older people. Historically they have been fired from long-held jobs because of their costly benefits and diminishing ability to handle the job, but now employers are taking a fresh look at this situation. Business, as it turns out, may very well embrace the old – because they often come at lower wages, with no benefits and scant legal protection. Given US supreme court rulings, the prospect of any of these people filing old age discrimination suits is unlikely. Rather than knocking them out of a job, it may turn out to be less expensive to keep on a skilled, elderly employee, perhaps at reduced salary and reduced hours, than go through the rigamarole of hiring a young, inexperienced person who must then undergo training.

As the GSA conference showed, there is no point in cutting entitlements to the elderly when, in fact, so little is known about their lives and their emerging future. It means there must be a full, open debate – not backdoor political manoeuvring – on the issue. What may be happening here is the emerging outlines of a much different society than the one we now know: a society that, for example, will require a new service sector, a different slant towards medicine, which uses the old to assist the young, as friends and caregivers – instead of pitting generations against one another.

The late Theodore Roszak,who described and named the “counter culture”that took shape in the 1970s, thought old people were anything but a selfish bunch of useless geezers waiting to die, but an “audacious generation”, opening a new world of energy and hope. Let us hope, in de Beauvoir’s words, that moment is upon us.